Why It’s Time to Thank the Line Managers

It must have really sucked to be to be a line manager trying to lead a team through a pandemic the likes of which the current working population has never experienced before.  Seriously… has anybody thought about that and how people in those roles are doing now after everything they’ve been through?  Have they been formally thanked and heck even rewarded for the critical role they’ve played in ensuring we made it to this point?

The line manager has gone through all the same hardships everyone else has this past two years, but has not only had to deal with their own fears, anxiety and fatigue while trying to stay safe and healthy – they have had to help everyone else cope with theirs’ too and somehow still get performance from them.  All while being the poster-person for company policies they often cringe at and don’t want to be associated with.

That’s always one of the biggest challenges for those in people management positions.  They have to represent the company and its policies whether they agree with them or not.  They don’t get to be part of shaping these policies, but they are expected to be an extension of those who do – carrying their voice, delivering the message, dealing with the reaction and acting as an ambassador for the organisation.  That can be really stressful!!

In normal times it’s difficult for a line manager to be the middle person representing business interests while also nurturing team harmony and coaxing high performance.  But with the ramifications of the choices employers have had to make in the last two years, often with their being no right choice for all the parties impacted, it’s been nothing short of a nightmare to play piggy in the middle.  Kudos to the people managers who have battled through it.  Senior business leaders should most definitely be asking themselves how to thank those people in a meaningful way for everything they’ve been through.

In my experience, even in normal times, it’s the people managers who are often most forgotten.  They get promoted into these roles, get modest increases on their former earnings, are tasked with creating a positive experience of work for everyone else – but their own experience of work goes unnoticed.  They get sent on leadership programmes often their own managers won’t be part of, are expected to coach when nobody coaches them and champion a culture in which they themselves are often an afterthought.

It’s been INCREDIBLY difficult for senior leaders too.  But these middle and junior managers are often doing this for little more than their direct reports are earning and are doing that while taking flack from all angles.  They don’t have to take these jobs, but often to get ahead and earn more it’s the only route.  They’re at the coalface of the discussions with the teams and on the end of often emotional responses.  They’re often dealing with escalations and complaints from clients and customers.  And if results aren’t there or the team aren’t playing ball, they’re answerable to those above about why that is too.

Our line managers are massive amplifiers within our businesses.  If they’re happy, positive and enthusiastic about their work and the company – that can rub off on the team and lead to great things.  If they’re not, that gets amplified too.  It’s much more difficult to be engaged working under a manager who is disengaged.  If they have no passion for their work or the company, they’re not giving off good vibes for those following behind and that will set a tone.  We need our managers to be engaged and it’s up to us to create the circumstances and an experience of work they can engage with.

So, how are our managers now after two years of mayhem?  That’s the question.  Do you know the answer?  And what can we do to reward them and recognise the difficulty of their roles in the past two years?  What can we do to help restore their energy levels, health, wellbeing and faith in our companies so they can engage, amplify positivity and be the role models others can follow the lead of?

How do your managers really feel? 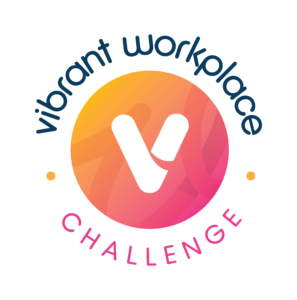 We created the Vibrant Workplace Challenge to help our clients optimise their business performance by optimising their employees’ experience of work for the benefit of employer and employee.

Over a 3-month period we use our web and mobile app accessible employee experience platform to evaluate life in your company, compile a report with recommendations on what you’re doing well and what you may do differently, and provide you with key cultural health indicators including Employee Engagement, Employee Experience and Employee Net Promoter levels.

If you meet our benchmarks, we’ll verify you as a Vibrant Workplace which you can use as a symbol of your commitment to your people and it will have come from your peoples’ own mouths over a valid period of time to truly reflect.

It can help to strengthen an authentic employer and talent brand that lets you stand out from your competitors by showing factually that your employees:

And not everybody will reach this standard first time – but that’s okay!  It’s actually a good thing as we’ll be able to see what the problems are and we can help you address those issues to get there in future.  Doing that might help improve things like absence, attrition and performance levels.

If you want to optimise your employees’ experience of work so you can optimise business performance, you can book a free Vibrant Workplace Discovery Chat using this link:

This website uses cookies to improve your experience while you navigate through the website. Out of these cookies, the cookies that are categorized as necessary are stored on your browser as they are as essential for the working of basic functionalities of the website. We also use third-party cookies that help us analyze and understand how you use this website. These cookies will be stored in your browser only with your consent. You also have the option to opt-out of these cookies. But opting out of some of these cookies may have an effect on your browsing experience.
Necessary Always Enabled
Necessary cookies are absolutely essential for the website to function properly. This category only includes cookies that ensures basic functionalities and security features of the website. These cookies do not store any personal information.
Non-necessary
Any cookies that may not be particularly necessary for the website to function and is used specifically to collect user personal data via analytics, ads, other embedded contents are termed as non-necessary cookies. It is mandatory to procure user consent prior to running these cookies on your website.
SAVE & ACCEPT